Without pretending – as the magazines sometimes do – that the most wonderful bargains are to be picked up in junk shops by exercising nothing more than that indefinable quality usually called “good taste”. Taste is a very personal matter, and if it is not to degenerate into mere eccentricity, it ought to be based on knowledge and supported, when the occasion demands, by expert advice.

Pieces of furniture are very like people, in that they have character that can be described in human terms. They even seem to us to have sex. There are masculine and feminine pieces and pieces, which are modest or belligerent, vulgar or refined, blasé or naïve, honest or otherwise.

We like well-designed furniture of any period, including our own and we come down heavily on the side of those, who cheerfully blend the old with the new. In this matter the articles in the magazines, that we were so patronizing about a few paragraphs ago, consistently do a very good job in advocating broad-mindedness.

There are some who value things merely because they are old, and despise anything they know to be modern. Others admire novelty for its own sake and reject maturity as old hat. These two points of view are opposed, not only to each other, but to our own. If you simply want something that is hallowed by time, go out into the garden and pick up the first stone you see. It is older by far than any piece of furniture you will ever buy, and if you take a good look at it, it may even prove more useful and more beautiful than some of the bric-à-brac that clutters many a home.

Furniture of the eighteenth century for example ought to be valued, not because it happens to be a couple of hundred years old, but because conditions at that time were favourable for making it to a very high standard, and there were enough people of good sense about at the time to take full advantage of the fact. Many of them also had the perception to hang on to some, at least, of their old possessions – already “antiques” even then – and mix them discreetly with the very latest creations of Mr. Chippendale. Yet Chippendale himself designed some veritable monstrosities. It is no use pretending that every antique furniture is fine and beautiful.

Even if we confine our collecting to the very best that money can buy, it is still a mistake to try to keep a room strictly in one period.

Set pieces of this kind nearly always fail, suggesting as they do a way of life so remote from our own ,that it is quite impossible to maintain the illusion.
The smallest anachronism destroys it, and the owners themselves, when they walk into their homes in their twentieth-century clothes, are hopelessly out of place.

The most pleasing rooms are always composite creations, the individual pieces harmonizing or sometimes contrasting with the background and the rest of the furnishings.

A Josef Hoffmann chair can be perfectly at home beside an Starck fireplace, and a Regency sofa will live very happily in the company of a Restoration-cabinet. As for the woods themselves, they mostly mellow to one shade of brown or another and the greater the variety, the richer the effect.

In many of the finest pieces, a combination of several different woods is employed to provide contrast, and even without this added refinement, any well-figured piece of timber offers a superb blend of colour-tones within itself.

To reject a piece of furniture because it does not exactly “match” another, because it is of another period or made from a different wood, is to admit to being so conditioned by the uniformity resulting from the evils of mass-production as to be unable to appreciate the infinite variety that natural materials, skillfully exploited, can provide.
When we speak of the “evils of mass-production”, we do not mean that such a system is necessarily evil in itself. Properly used, it can – and often does – provide excellent commodities at prices everyone can afford, whereas the made-to-order equivalent may cost a great deal more without actually being very much better in quality.
The greatest evil resulting from mass-production is the attitude of mind, which not only accepts a degree of uniformity in the resulting products as a contingency, but actively resents any departure from the norm. It is one thing to say, “I don’t mind fifty million Volkswagen all looking alike”. It is quite another to add, “I strongly object to a custom-built Rolls-Royce because it is different from all the Volkswagen, and even different from other Rolls-Royces”.
No one says that, perhaps. But a great many people think it, privately, subconsciously. And when they bring their minds to bear on choosing furniture, they actually say something, mutatis mutandis, very like it.

We know some people who spent many years and a great deal of money in assembling a collection of antique walnut furnitures. They were discriminating, but they chose some very lovely pieces. They were obsessed with the idea of “matching up”, because they intended that all these pieces would ultimately furnish one splendid room. At last, the room in question was made ready, at a great deal more expense. It was provided with a “new” fireplace, and the re-decoration even included replacing the ceiling. The great day arrived and the precious articles stood reverently in position.

Some days later, they came to INDOOR Ξ with faces as long as Stradivarius violins. We asked them what was wrong, and they told us the room looked terrible. Would we come and look at it, and do something – anything – to improve it ? We went, taking with us a small piece of modern art, entirely different in colour and in period from their walnut.

We didn’t mention its existence until we had duly inspected the room, which looked, not surprisingly, like a shop-window full of good quality reproductions, all made by the same firm and sprayed with the same shade of cellulose. Every piece was perfectly authentic, of course, but everything matched so perfectly that the result was much too good to be true. We are glad to say that the little bit of modern art worked wonders.

If you intend furnishing your home, at least in part, with antiques, do try to avoid catching what someone has aptly called the “disease of suiteitis”.

The thing to fear is not that your pieces won’t match, but that they may match too closely and instead of that charming interior you have dreamed about, you can easily end up with a stuffy, cheerless monotony.

Another prevalent phobia concerns the placing of antique furniture in a modern house.
Agreed that a vast number of so called “traditional” houses being built today are so box-like, so lacking in character, that it is not very easy to furnish them in an interesting way.
Even so, many owners seem to take a terribly defeatist attitude by resigning themselves to those standard items of equipment, which manufacturers deem the only suitable adjuncts to a domesticity, that gives pride of place to the motor car, the television set and the washing machine.

Modern houses may not provide the ideal setting for antique furniture. All the more reason then, for introducing a few carefully chosen pieces to give grace, where there would otherwise be only oafish utilitarianism and to remind us, that we have a past worth preserving against the marauding present and the predatory future.

Many times we have been asked to replace the only decent pieces of furniture “because they don’t fit in here”.
As often as not these rejects are the only pieces that would – carefully placed – make the house into a home, but even when we say so – against our own interests – the owners refuse to consider the idea.

They prefer to discard their heirlooms to make room for some nondescript junk.
The commonest, reason for discarding a piece as unsuitable for a modern house is, that it is too large. There is a great vogue for dainty little bits and pieces, and many people with large, well-proportioned rooms seem to prefer to clutter them up with a series of small articles, rather than dignify them with the larger, more imposing items.
Many homes would look infinitely better, if the number of fussy little things were cut down in favour of one or two well-designed, substantial, useful pieces.

Customers of INDOOR Ξ, who live in a small bungalow, were bequeathed a splendid Sheraton sideboard. They were determined to use it somehow, but it was physically impossible to place it in their tiny dining-room. Undaunted they refurnished the end wall of the sitting-room with a very lush wall design and placed the sideboard against it.
It fills the entire wall, it breaks all the accepted rules of what ought to fit into a small room, it has nothing in common with the rest of the furniture except quality, and yet it looks absolutely wonderful.

First of all, it is the quality that matters – in all periods !

If you would like to discuss your project with us, or learn more about our services and expertise.please call us or use this contact form. We return to you, asap. 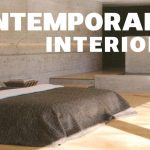 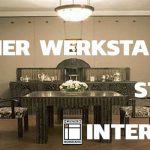